Idea to braid Estonian defence-magical belt patterns into seat has been realized in KIRIKERGOs. Hand made stools are decorative and practical. Due to its original design there is a small storage space under seat where you can hold for example magazines.

Why it is called KIRIKERGO? 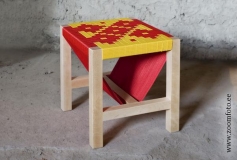 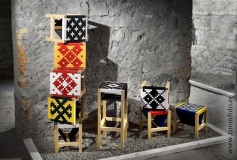 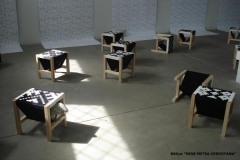 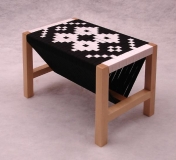